Girls Don't Fish And Other Lies My Father Told Me

Walking up and down the aisles of the K Mart store, I had a single purpose in mind. I knew what I was after.

My mother asked if I was sure that I didn’t want another doll. I nodded. I had dolls enough already and besides, this was a purchase that I hoped would accomplish something.

We looked over the selection and finally I saw it. Yes, that was the one, if it wasn’t too much money, and to go with it yes, please, I’d like that small extra item too. Thank you.

I remember my mother making some remark like 'you and your imagination' but in this case imagination had little to do with why I wanted this particular item from the Sporting Goods department of that store.

I wanted it because I thought maybe if he saw me with it, he’d change his mind.

My father used to say if he had a son, he’d take him fishing.

The same father whose work boots outside the door made me nervous and terrified the dog. The same father I saw most often as the top of a head poking out from behind a newspaper, a dark silhouette cast by the light of the large, fish-bowl television screen. A red-faced blur as he stomped, screaming, out the door. A backhand upside the head in the middle of an ordinary supper, for no apparent reason.

“If I had a son I’d take him fishing,” he said, so many times that I finally decided that even if the imaginary poles I’d made from hard cardboard hanger tubes and yarn weren’t enough, if my practicing endlessly with the board game that had magnetic fish in a container to ‘catch’ with a cheap plastic hook wasn’t enough, that seeing me proudly holding this new fishing rod and reel from K Mart in my hands with the little, so-real-you-could-almost-feel-the-slime-on-it rubber fish suspended at the end-- tiny lip pierced through by the hook with my own hands-- might. Then maybe he’d see that as terrified of him as I was, I still wanted him to take me fishing.

I was even willing, I thought, to face my fear of worms if that was what it took.

I remember taking that pole and dangling the line over the edge into the “cove”, that’s what the small, sunken part of the living room had been called on the builder’s plans for the house. That was where the fireplace was, not a natural one but the gas- fueled imitation that burned on endlessly without fumes or smoke. The blue-orange flames used to fascinate me as they licked up over artificial logs that would never be consumed by them.

That cove was the same architectural feature that caused me so much pain, as I tripped many times up its one steep, cement-backed step and invariably broke my toes. After awhile, they stopped taking me to the doctor for it.

That room within a room was also where my father’s stereo resided. I remember the day he brought it home, spent the afternoon muttering curses as he tried to wire it up. As I wandered around the room, trying to read words on the sides of boxes taller than I was, I wondered aloud what the ones on the side meant. They were in another language. Japanese, I realize now. At the time I knew enough to understand that they weren’t English because I had been reading for years already.

My father took his rough, work-weathered hand and drew a finger along the first line of text. “It says, 'children are not allowed to touch this stereo'.”

I hung my head, ashamed. It actually said that the box contained a turntable, and bore the logo of the manufacturer.

My father also told me, when I asked him about his mother, that he didn't have one-- that he was hatched from an egg.

Years later after I was grown my mother would still bring that up and he’d always shrug and say, “It was true in a way.”

That sums up everything my parents ever taught me about reproduction.

It took several attempts over more than one day to get my father to notice me, standing there, meekly swinging that sticky, unnatural fish over the edge of the railing and down into the cove on my fishing pole.

When he finally did, I smiled at him. Hopeful. Longing. I wanted him to look at me for once and see the daughter he had instead of the son he did not.

Finally, my mother even ventured to suggest that perhaps he might want to take me somewhere nearby and let me try it out for real.

“She would never bait the hook," my father replied. "Girls don’t fish.” He disappeared again behind his newspaper.

I took the fishing pole to my room and put it away.

A few years later my brother was born. A son, at last, just what my father had waited for.

My brother is now in his thirties. My father has never taken him fishing.

To this day, I still hate worms.

Hayden’s small body conforms to my own as I fumble with the lock. The door releases, revealing a room too fancy for someone like me.

I’m a man who works with his hands, every single day. Not the kind who belongs at a hotel where they turn down the blankets and leave chocolates on top of the pillows.

Overheated, exhausted, I fight for the last few steps. It is my strength alone we depend on.

“I’m not tired,” he mumbles. I wish he’d just stayed asleep. Jostled back to awareness as we bumped down the steps of an over-packed Disney bus, I knew he’d fight sleep now. His thin, pale arms dangle around my neck, sticking to sunburnt skin.

“Tomorrow is another day.”

He exhales a long, slow sigh. His head, too heavy for his skinny, rag-doll neck, drops back onto my shoulder. His fading eyes disappear beneath the brim of a tricorn pirate hat.

I hope that he will remember this day of dreams and happier things. No doctors. No hospitals. Just us.

I hope that I will too.

I set him down on crisp, fresh sheets. Tiny fingers lose hold of a shopping bag. Factory made plastic gems-- his favorite souvenir-- fall one by one, raining artificial color in dim illumination across the carpet.

“I’ll keep it safe for you.” Toxic tears and drops of sweat congeal and catch fire. They burn my eyes, age my face, and obscure my grieving vision. “I promise.” 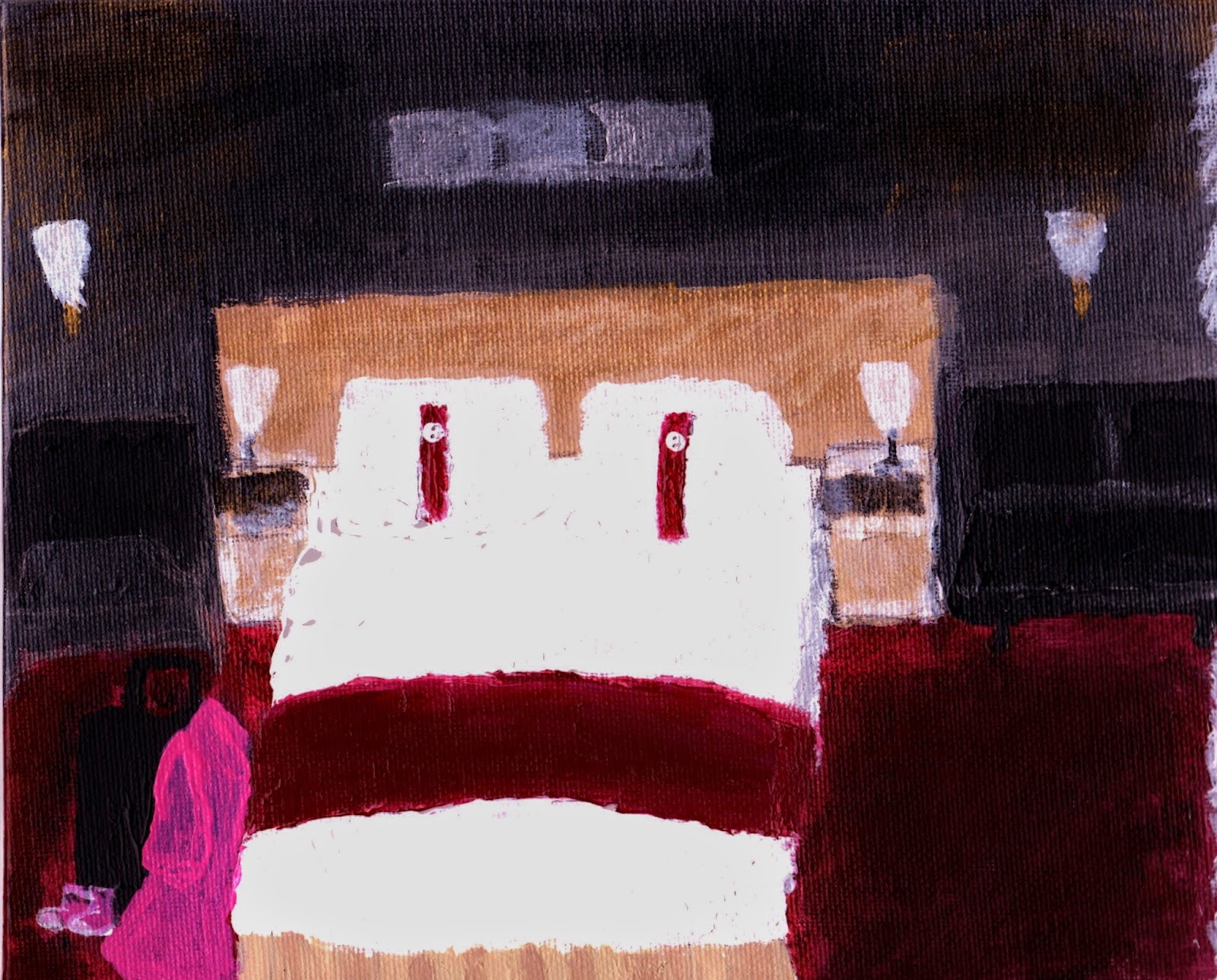 I left my favorite piece of clothing in an Australian hotel room. Intentionally.

The bright pink raincoat I’d worn all the way there . . . God, I dressed so optimistically at the start of a journey meant to last so much longer than it did.

Not even a week had passed since my hopeful arrival; only hours remained until I had to catch the first of three endless flights back to the U.S. Back where I’d started, where I hoped I’d never be again, not to stay.

The little black roller bag seemed to slump and sink beneath the weight of the memories that coat possessed. I lacked the strength to carry a single thing more through TSA than I had to, but the truth was I knew that I couldn’t stand to look upon these things again once I was “home.”

So I abandoned them there in that eighth-floor room, where they sat waiting with a note for the maid that read, “Please donate to the homeless or discard,” as the loud metal door snapped shut and locked behind me.

All Prose Copywrite 2011-2018 February Grace and may not be reproduced in whole or in part in any manner without advance consent of the author. Please email to inquire.